We have detected that you may be using an outdated browser that is not compatible with our website. 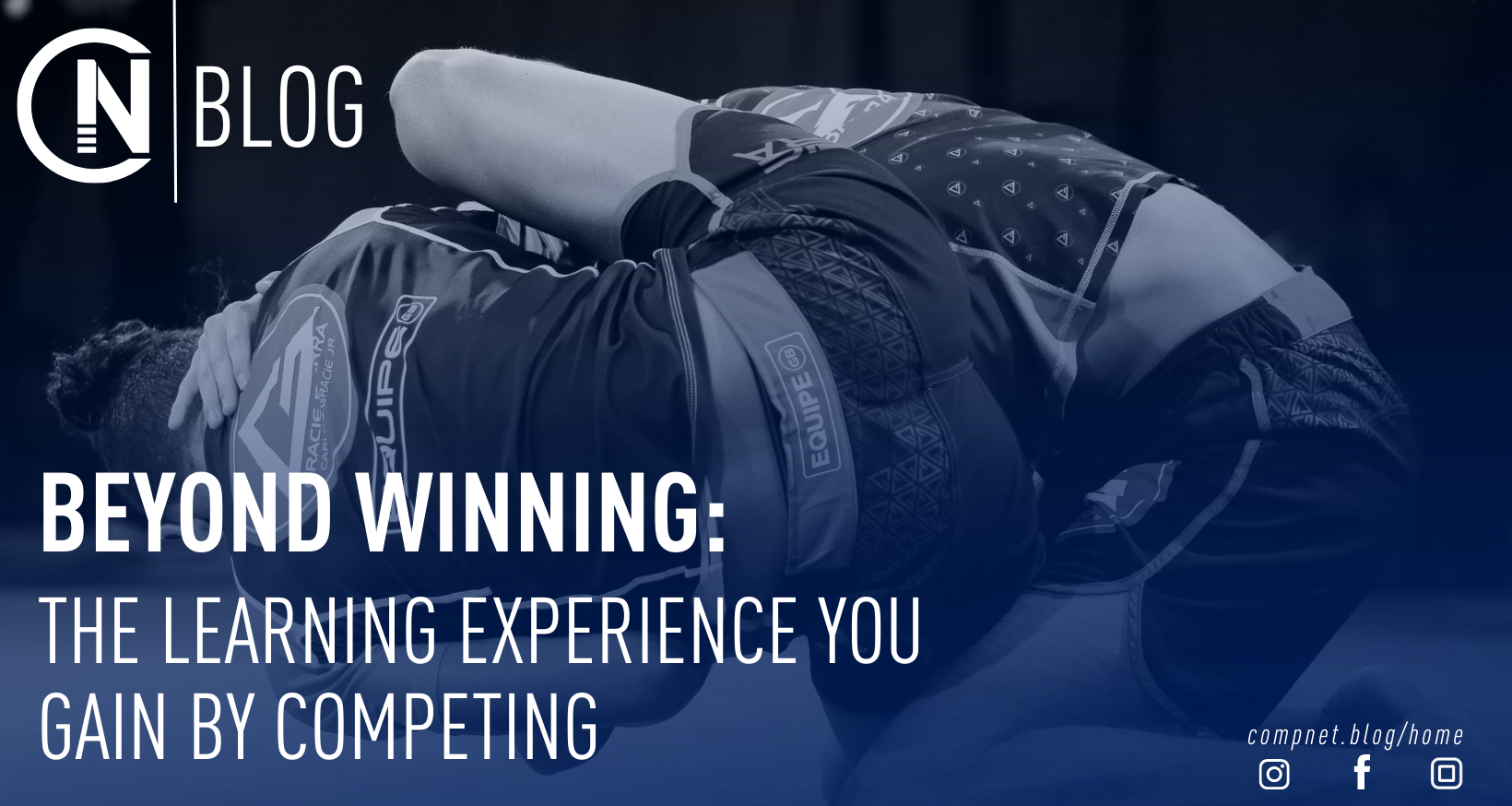 Beyond Winning: The Learning Experience You Gain by Competing

We had a great opportunity to sit down with one of our many accomplished athletes within Gracie Barra and ask him about what competing has done for him throughout his life. Our conversation was with Professor Victor Estima, a 4th-degree black belt currently the GB Wear Operations Manager in Europe, and Gracie Barra, Regional Director of Europe. He is helping to lead the mission to expand GB schools throughout Europe, with the newest school opening in Lisbon, Portugal.

Victor grew up in Brazil and started training Jiu-Jitsu at 12. He moved to Europe as a purple belt at age 19, and that is when he began his role as an instructor with Gracie Barra in the United Kingdom. When speaking to Professor Victor, he was a wealth of positive energy and messages. His Jiu-Jitsu journey is inspirational, not only in his competitive record but also in his impact on the Gracie Barra community. He embodies everything you would expect from a person who seeks self-improvement as their highest priority.

We asked him what he feels the value of competing has had on his life. He first talked about the preparation you go through to get ready for a competition. He stated, "You put yourself in a particular mindset so that you can be best prepared for the particular event." Having a tournament in front of you makes you take each practice session "with more detail and much more purpose."

When preparing for tournaments, especially in the early stages of your Jiu-Jitsu journey, it is often important to focus on improving specific skills and techniques that are within your wheelhouse of knowledge. For example, you know you like to play guard, and you work really hard to pull guard at the beginning of the match. If you succeed in pulling guard, the match will go well. If not, then probably not. This is the journey of a newer competitor.

Professor Victor says that sometimes it's the fear of loss that becomes the struggle and overcoming that fear is part of the preparation process. He explained that when you are willing to expose yourself to the risk of loss, without fear, development occurs. He stated,

"One of the best things I have taken away from competition is the lack of fear of getting things wrong."

As you promote through the ranks, you will develop more skills. This is when it becomes imperative for you to develop your skill base to be wider and more diverse. Professor Victor stated, "As I progressed through the ranks, blue and into purple, I started to feel the responsibility that I needed to be a more complete practitioner." This is where real development occurs. You start to identify the holes in your game. You start seeking help and knowledge to close the holes to become a more complete practitioner. Professor Victor described the development path he experienced as he trained for competition through the belt ranks. He explained as this process occurs, you start realizing that Jiu-Jitsu is so wide and big, that you can't keep it all in your brain and readily accessible. It becomes important to start to categorize the techniques into concepts. You start analyzing why things work from different positions.

When you start to figure out the reasons why things work and when they don't, based on the reaction of your opponent, then you are able to move forward in your game and not be stumped. He stated, "As I developed myself, I focused a lot of energy on understanding concepts, and through concepts, I started to see more clear roads, even when I was in an unknown spot."

With Professor Victor's vast experience, we were curious to know the most valuable lessons he learned along his path. His response tells you everything you need to know to understand the value of entering into competition. When he retired from competition, he reflected that he looked back and accessed his most significant accomplishment. He determined that it wasn't the medals he won or the losses he had. It was bigger than that. He stated,

"When I was coming to the end of my competitive career, and I was trying to figure out what was my legacy, my thing, after all these years competing. And I can clearly say that it was the person who I became." 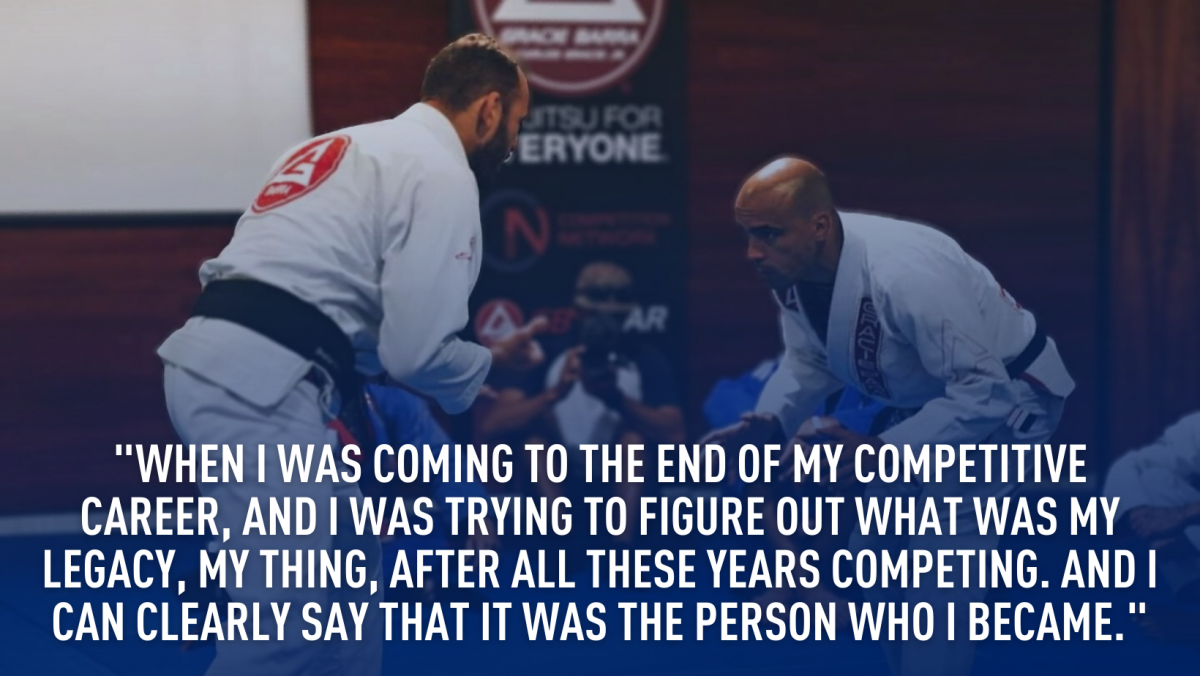 He further explained that through becoming who he is, he learned not to give in to life's difficulties. He learned to pursue his goals and dreams, no matter what. Through the act of building an "excellence mentality" around his Jiu-Jitsu for the many years he competed, and even when he wasn't necessarily motivated, he gained a sense of tenacity as he walks through all areas of his life.

We asked Professor Victor if he had any advice for students. He was full of words of wisdom. He said,

"Getting to know who you want to be is the first element. Define what you what Jiu-Jitsu to be. Do you want to be an athlete, a coach, or a professor because nowadays, anything is possible. You should experience Jiu-Jitsu for the full of it, have joy, enjoy the process, learn, dedicate yourself, be an asset for the team."

Professor Victor has had the privilege to coach several athletes to world championships. This accomplishment he is as equally proud of as his titles. He believes in the role that competition can play in anyone's journey, "If you have never had a chance to compete, give it a shot. Go to a tournament that makes you feel safe and challenge yourself there."

We asked Professor Victor what advice he has to offer those feeling discouraged. He explained that some people think that being discouraged is always bad, but it is not. He stated,

"Being discouraged is your defining hurdles. The difficulty in the hurdles is creating a lack of motivation. But I guarantee that the lack of motivation is coming from a moment of evolution. To overcome the frustration and hurdles, you need to seek an evolution of self."

Often when you feel discouraged, it is because you are unsure which way to go or the directions you are headed. That is when you have to focus on your goal. This is why it is important to have goals in your training. Goals help you focus, plan your path, and evolve as a Jiu-Jitsu practitioner. They will help you pull through the challenging times and make your accomplishments much sweeter.

So if you are thinking about giving competition a try, go for it. Follow professor Victor’s advice.

Ready to start competing? To find a tournament near you, click here. 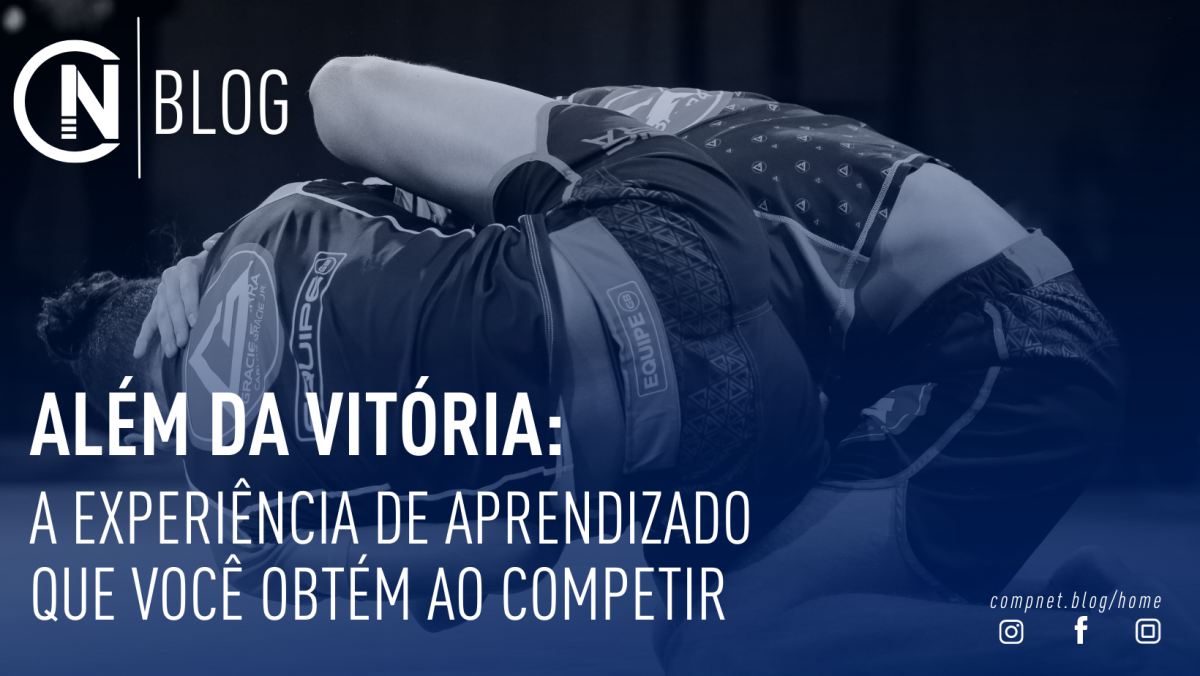 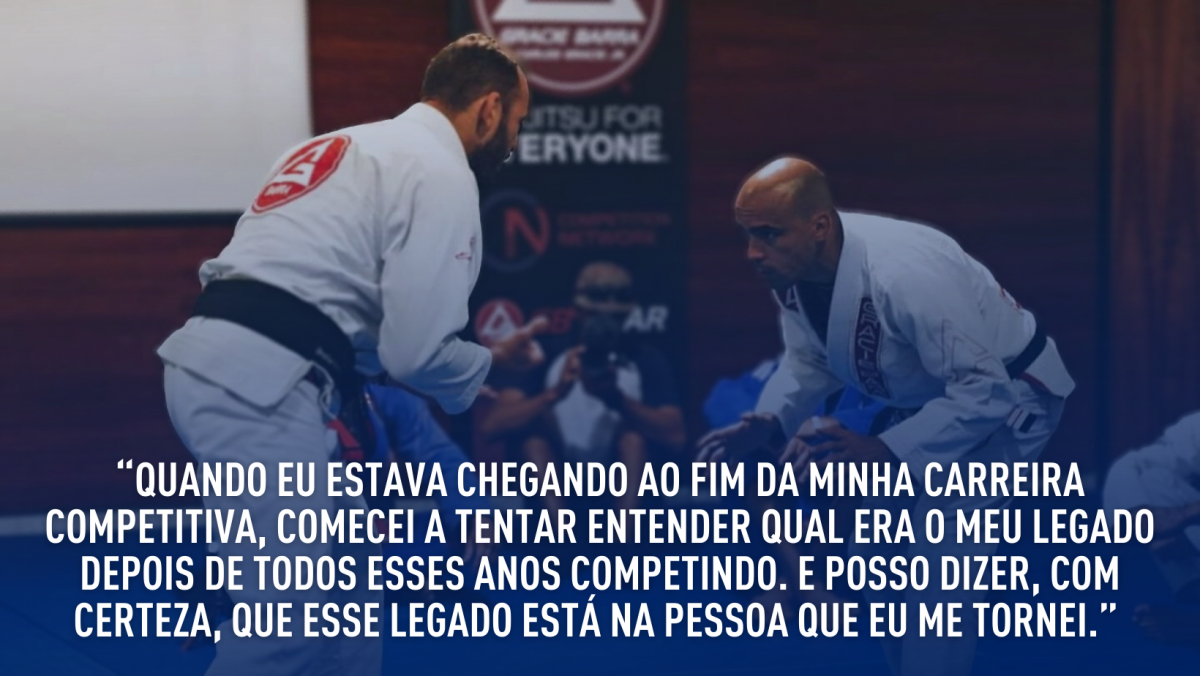